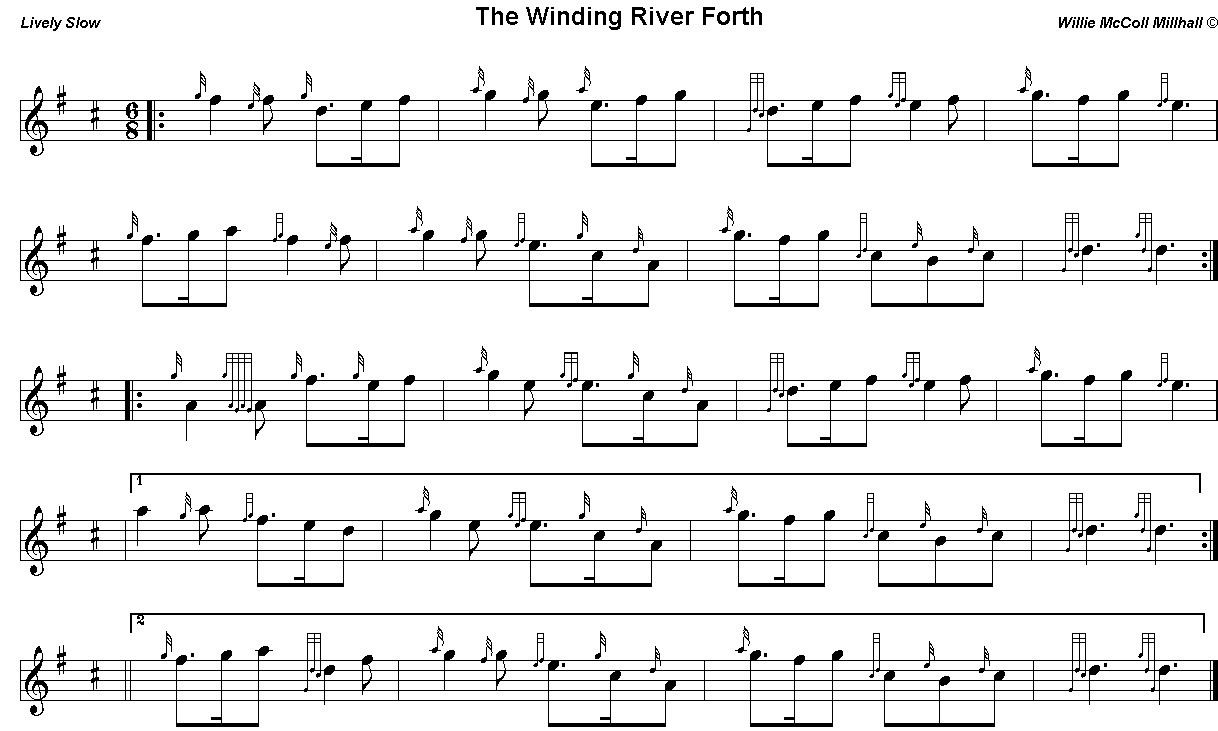 
Have you seen it? it winds like a snake.


The Forth rises in the Trossachs, a mountainous area 30 km (19 mi) west of Stirling. Ben Lomond's eastern slopes drain into the Duchray Water which meets with Avondhu River coming from Loch Ard. The confluence of these two streams is the nominal start of the River Forth. From there it flows roughly eastward, through Aberfoyle, joining with the Kelty Water, about 5 km further downstream. The flat expanse of the Carse of Stirling follows including Flanders Moss. It is joined by the River Teith (which itself drains Loch Venachar, Loch Lubnaig, Loch Achray, Loch Katrine, and Loch Voil) just west of the M9, the next tributary being the Allan Water just east of that motorway. From there it meanders into the ancient port of Stirling. At Stirling the river widens, becomes tidal, and it is here that the last (seasonal) ford of the river exists. From Stirling, the Forth flows east accepting the Bannock Burn from the south before passing the town of Fallin. Two towns of Clackmannanshire are then passed: firstly Cambus (where it is joined by the river Devon), closely followed by Alloa. Upon reaching Airth on the south shore and Kincardine on the north, the river begins to widen and becomes the Firth of Forth.
All times are UTC+01:00
Page 1 of 1
Powered by phpBB® Forum Software © phpBB Limited
https://www.phpbb.com/