A great place to find new tunes. If you have composed your own tune, you can upload it here to let other pipers learn it and perhaps get some feedback. PLEASE ONLY UPLOAD TUNES YOU HAVE COMPOSED YOURSELF OR HAVE EXPRESS PERMISION FROM THE COMPOSER TO DO SO.
Please only create a new topic in this forum if you are uploading a tune.
Post Reply
1 post • Page 1 of 1

In June 1559, following the Reformation riots at Perth, the French troops were marching towards St. Andrews from Falkland in Fife. On 13 June a Protestant force of 3,000, led by Lord James, Lord Ruthven, the Earl of Rothes, the Lothian lairds of Ormiston, Calder, Haltoun, Restalrig, and Colstoun, with men from Dundee, St. Andrews and Cupar, assembled at Cupar Muir to prevent the French, commanded by Henri Cleutin, from reaching Cupar.

The French advanced within a mile, keeping the Eden stream between them and the Protestant force.

John, Lord Lindsay, (or Patrick, Master of Lindsay), and Patrick Hepburn of Wauchton came from the Duke or the Regent to treat (parley) with the Protestants.

A truce of eight days was made and signed at "Garlabank" by Lord James and Cleutin.

Robert Lindsay of Scottie supplies dialogue for the negotiation, giving Lindsay a lengthy and persuasive speech to the French commanders Cleutin, De la Chapel, and Sarlabous that brokered the peace;

"Ye are strangers, lose not the hearts of Scottish-men, neither procure the nobility of Scotland to turn enemies to the King of France, who are now his friends, ...

Likewise it is an old Scottish proverb; I will suffer my friend to need, but I cannot see him bleed."

Only thing, I haven't seen reference to where Garlabank is, just a tranquil stretch of meadow in the rough area just outside Cupar Muir in Fife. 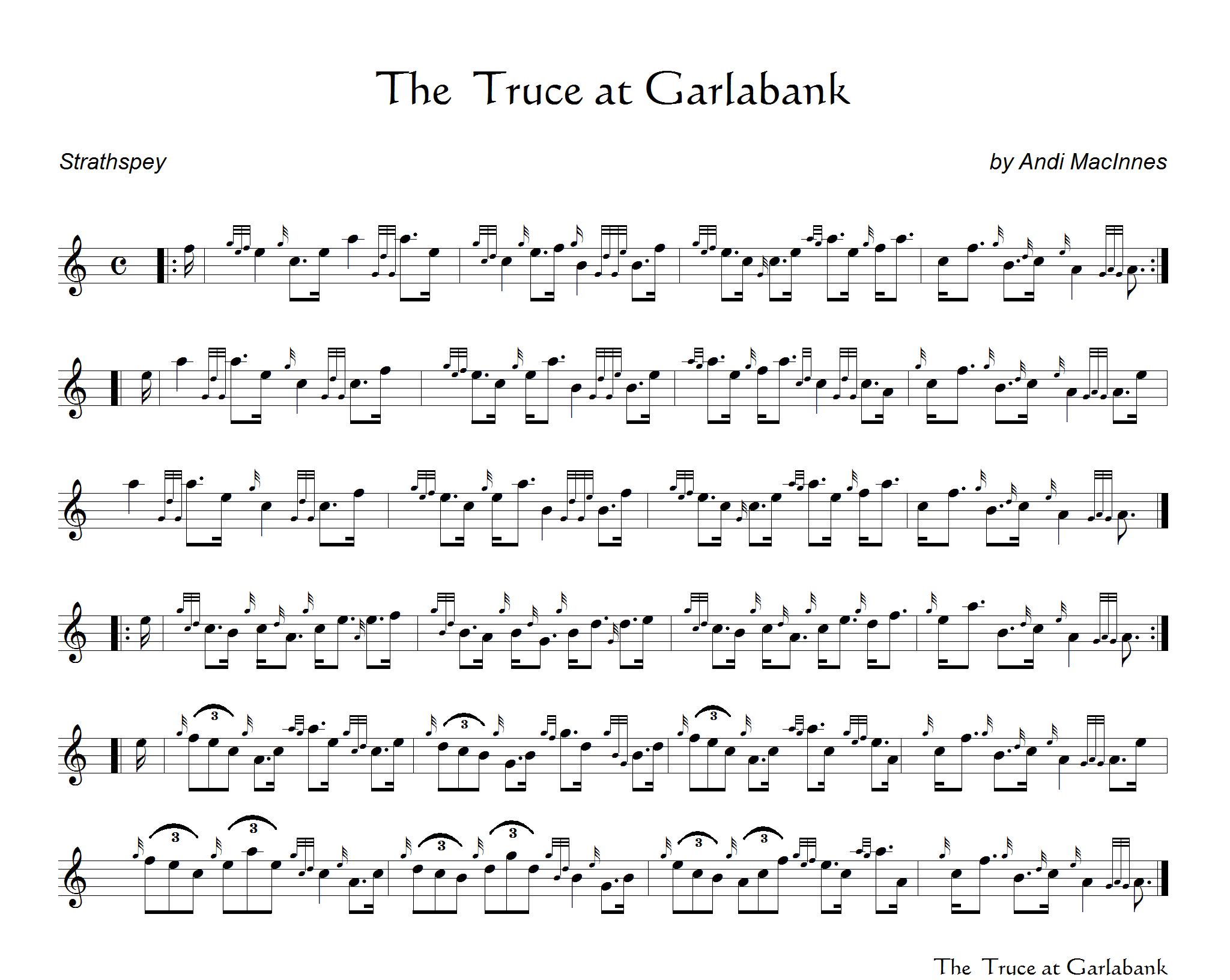 If you cannot write a tune down that you can play so that they are identical, how can you truly say you know the tune!
Top
Post Reply
1 post • Page 1 of 1