PIping at the Dubai Rugby 7's

Got a camera phone, scanner or digital camera? Then post your piping pictures here. Just be aware that that any inappropriate pictures will be dealt with a severe lack of sense of humour.
Post Reply
2 posts • Page 1 of 1

PIping at the Dubai Rugby 7's

A friend sent me this after my efforts at the recent Dubai Rugby 7's. My pipes sounded like rubbish because of the heat. They sounded much better once the sun had gone down. It was a huge blast to play at something like this, even if the Irish team failed to turn up. 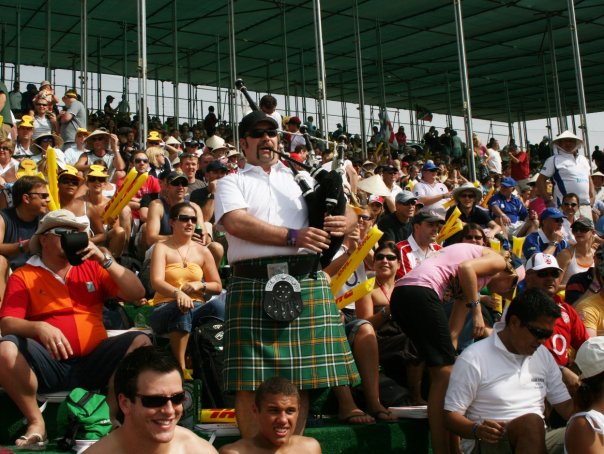 I've done that at a couple of hockey games before.
To save a life. Anyone, anywhere, anytime. Auxilium Cito.
Top
Post Reply
2 posts • Page 1 of 1