A great place to find new tunes. If you have composed your own tune, you can upload it here to let other pipers learn it and perhaps get some feedback. PLEASE ONLY UPLOAD TUNES YOU HAVE COMPOSED YOURSELF OR HAVE EXPRESS PERMISION FROM THE COMPOSER TO DO SO.
Please only create a new topic in this forum if you are uploading a tune.
Post Reply
1 post • Page 1 of 1 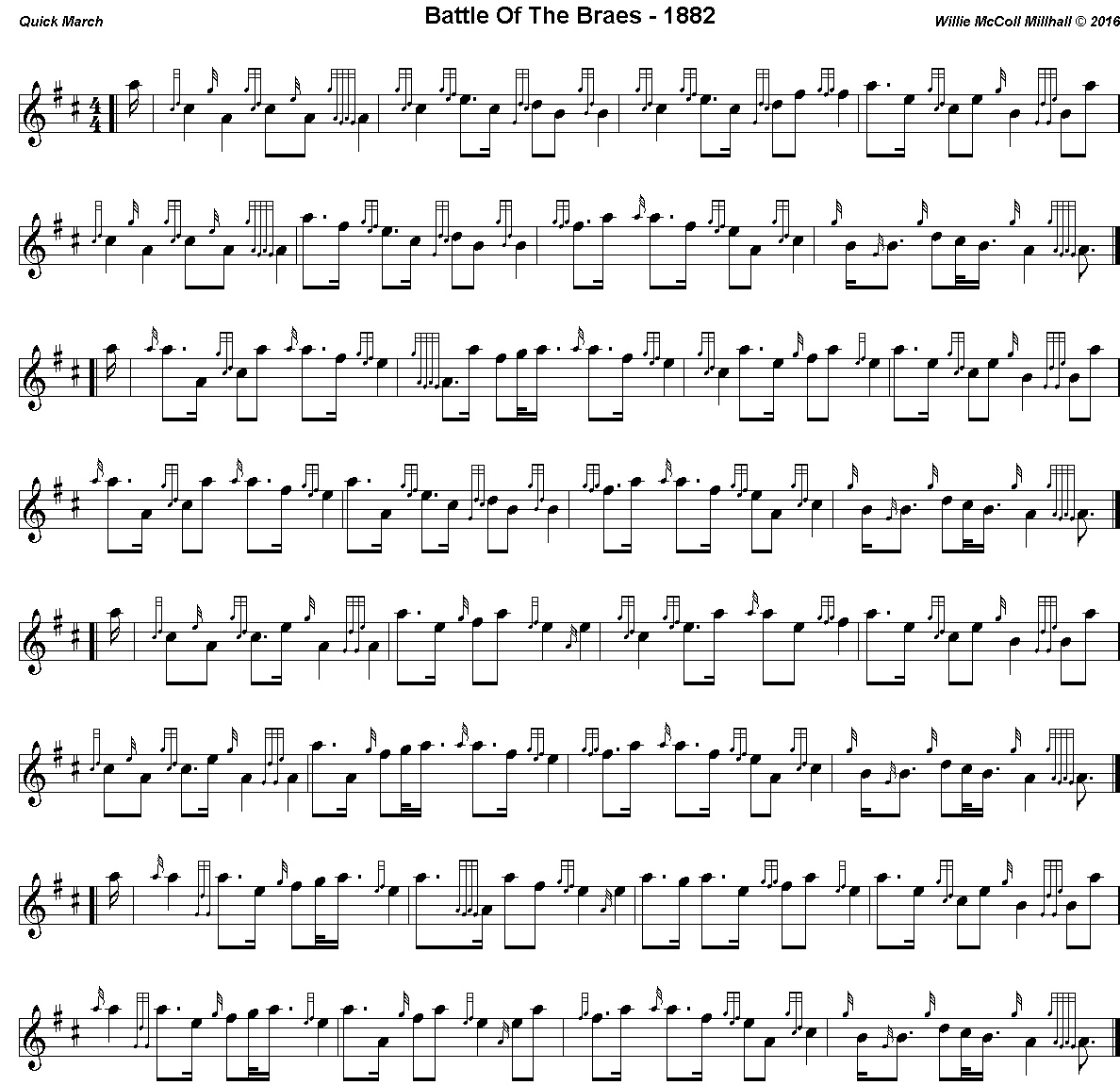 by Ellen Castelow
For centuries the Highlanders of Scotland had eked out a living for themselves and their families by cultivating a small stretch of land for which they paid landlords rent, a practice known as crofting. Most of these so called landlords would hitherto have been the crofters former clan chiefs and hence their kinsmen.

By the mid 1800s however, many of these landlords sought to exploit such crofting lands for profit by evicting their kinsmen in favour of grazing sheep. Such callous and inhuman practices became known as the Highland Clearances.

In 1882 however, some crofters on the island of Skye apparently decided that enough was enough. Ignoring a ban to graze their own stock, the crofters refused to pay any rent to their landlord, Lord MacDonald, until the issue had been resolved.

Lord MacDonald turned to the law in an effort to evict the crofters. The angry crofters of Braes, an area near Portree, did not respond well to the sheriff’s officer who turned up in April to issue them with their eviction notices. They forced him to burn the documents.

A call went out for reinforcements and 50 policemen duly arrived from Glasgow to enforce the law. Incensed at their interference, the crofters greeted the officers with sticks, stones and whatever other weapons they could lay their hands upon. Several people were injured in the ensuing Battle of the Braes, and several crofters were arrested and later fined for their part in the confrontation.

The resulting publicity that the incident received led to widespread public sympathy for the crofter’s plight. A government commission of enquiry was convened, which ultimately led to a series of measures that gained more security for the crofters.